The history of jet propulsion

The history of jet propulsion 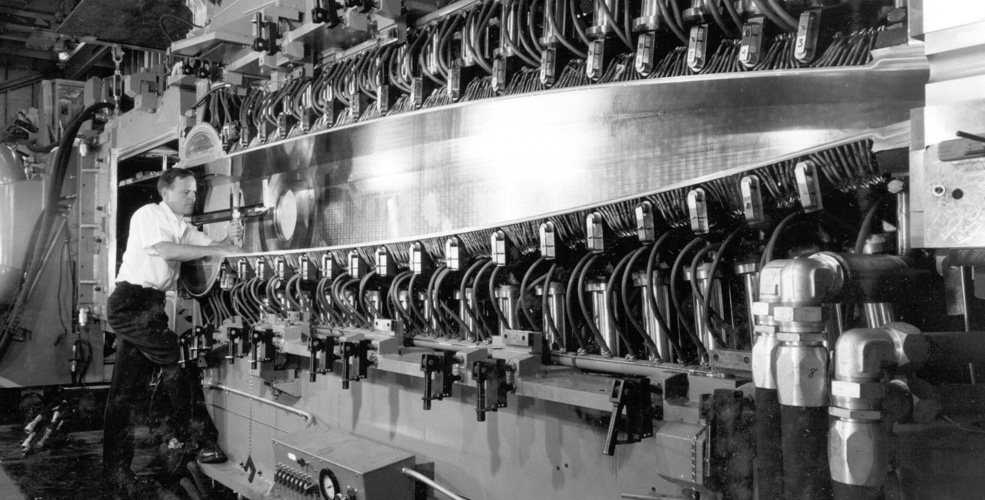 In 1936, students at the Guggenheim Aeronautical Laboratory of the California Institute of Technology (GALCIT), directed by Dr. Theodore von Kármán, began design and experimental work with liquid-propellant rocket engines in the Arroyo Seco just outside of Pasadena, California. After the Caltech group’s successful rocket experiments, the Army helped Caltech acquire land in the Arroyo Seco for test pits and temporary workshops. Airplane tests at nearby air bases proved the concept and tested the designs for new ‘jet-assisted takeoff rockets.’

JPL was transferred from Army jurisdiction to NASA’s control in December 1958 shortly after the establishment of the new organization. However, NASA’s contractual arrangement with the California Institute of Technology for the performance of research and development at JPL began in 1962. Currently, JPL is a government-owned facility located 32 km northeast of Los Angeles.

The oldest building still standing at JPL is Bldg. 11, originally built for use in the rocket program, overhauled in 1958, and now the “Space Sciences Laboratory.” A number of other “rocket era” buildings still stand as well. These were all built between 1945 and 1954. The “Missions Operation” building (bldg 138) was also completed in 1958, along with the Low Temperature Laboratory and the High Vacuum Laboratory.

The 1960s saw the construction of a series of “space related” buildings: the Spacecraft Assembly Facility, Control Systems Laboratory, and Celestial Simulator all in 1961; the Space Simulator Facility in 1962; and the Space Flight Operations Command Facility in 1963. Later in the decade, the emphasis moved toward laboratory space, with the construction of the Earth Space Science, Physical Sciences, Spectroscopy Laboratory; Gyro Laboratory; Magnetic Laboratory, and Environmental Laboratory between 1965-1967. The primary administration building (180) was completed in 1964.

As JPL continued to grow, it entered upon what is affectionately known as “The Great Trailer Era.” The first Great Trailer Era at JPL began in 1970 with the purchase of 29,500 sq. foot trailers. Though a proposed name change in 1972 never truly took effect, for a short time the developing facility was designated the “H. Allen Smith Jet Propulsion Laboratory.” Public Law 92-520, signed 21 October 1972, carried a rider changing the name of JPL effective 4 January 1973. The House Committee on Public Works had amended a bill of construction for another public project, adding a proposal to honor a number of members of Congress by renaming public works building after them, including Rep. H. Allen Smith (R-Calif.). Retiring Rep. Smith said he would request legislation to repeal the JPL name change, to avoid confusion, and Public Law 93-215, signed 28 December 1973, included an amendment restoring JPL’s name. Jet Propulsion Laboratory never used the H. Allen Smith name.

The Second Great Trailer Era began in 1996 and remains ongoing. The Mars Program is based in two trailers, T1722 and T1723. In between the two Trailer Eras, a number of new facilities were built: a Robotics Laboratory in 1971, an Isotope Thermoelectric Systems Lab in 1972, an Earth and Space Science laboratory I 1985; a Microdevices Laboratory in 1986; and the Observational Instruments Lab in 1989. The newest buildings are the In-Situ Instruments Lab (2001), and the Optical Interferometery Development Lab (2002).

The Laboratory now covers some 72 hectares (177 acres) adjacent to the site of von Kármán’s early rocket experiments. Jet propulsion is no longer the focus of JPL’s work, but the well-known name remains the same.

The history of airplanes